I'll be ready to print and ship orders by the end of January. I'll also have a PDF version up by then. YNGARR #1 is the first volume in illustrating the strange distant world of Yngarr. Rather than just create a static setting book, I wanted to make something that would evolve and grow over the course of each release and with the ideas and involvement of others.

The first issue describes some of the background history of the planet and descriptions on some of it's locations and inhabitants.

The print version is digest sized, 32 pages, black and white, and features some amazing art by Cédric Plante, Moon People, and a cover by Francesco Biagini. $7 postage paid in the US. I'll look into overseas shipping if there is enough interest. 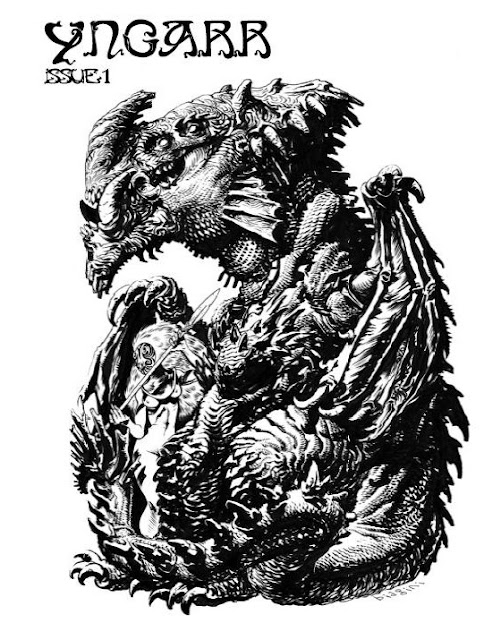 
If PayPal button isn't working - send $7 via paypal to codexapocrypha AT gmail DOT com
Posted by Unknown at 12:45 PM

A gazette / zine / nefarious tome that illustrates the history, culture, and nightlife of the weird planet Yngarr.