YNGARR has an untold number of moons. Denizens of Yngarr associate many of the moons with specific magical traditions, deities and demi-gods, and customs. In Yngarr #1, I list 20 of them and provide a basic outline of the moon and it's patrons and adherents. On this blog I'm able to dig a little deeper and provide more information.

Many denizens of Yngarr have no means to travel off-world, even if it's to one of the many moons around the planet, so of course, often times, the perception of one of Yngarr's rocky children is quite different from the reality.

Long ago, Neth-Ranur was used as an immense prison. Beneath the rocky surface is a honeycomb of corridors, cells, oubliettes, and vaults. During the cosmic war of the Star Wyrms, Neth-Ranur was used by The Sorceress Queen and her court as headquarters and also as a place to house many refugees from around the galaxy. Years later, Neth-Ranur was all but abandoned. Rumors grew of immense riches that had been hidden deep within the moon, weapons, technologies and magicks of untold power. Determined to uncover the hidden treasures of Neth-Ranur, the Dungeon Princess of Ngorh and her consorts and retainers rode dragons from the highest peaks of Yngarr up to Neth-Ranur...but were never heard from again.

Followers of the patrons of Neth-Ranur believe that The Princess and her court rule the rocky moon from a palace made of gold. They believe that the Princess / Dungeon Queen, throws handfuls of riches down to the planet to be collected by her followers. Found treasure caches, good fortune, financial boons are usually attributed to the Queen's generous grace…


Adventurers seeking to travel to Neth-Ranur can do so via magic or via dream ship or air ship. When they arrive, they will find a desolate world of brown and orange rock, with little sign of palaces or beautiful space princesses. The oppressive atmosphere and severe radiation on the surface will send most humanoids in search of shelter. The labyrinthine tunnels still exist, but most will eventually become lost and go mad in the process. The system of tunnels and caves has never been properly mapped out. Attempts have been made, but most maps and notations never leave the moon.

The radiation that bakes the surface of Neth-Ranur can cause all manner of adverse affects. Most likely this is what had killed the Dungeon Princess and her party, if such a person actually existed...

Neth-Ranur has also been rumored to be a dying place for dragons. In the death-vaults of great wyrms throughout the cosmos, references to Neth-Ranur can be found in burial rites, death songs, and painted on tomb walls.

There is a great sea of bones in one corner of the moon, but no one has determined whether these are the remains of dragon-kind or something else. It's likely that the stories of riches on Neth-Ranur became linked to widely-known dragon folklore. 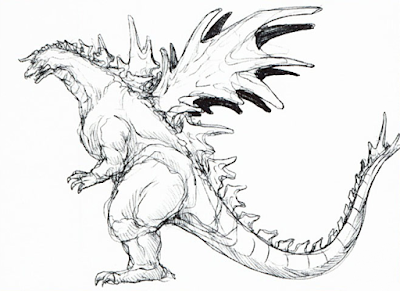 A gazette / zine / nefarious tome that illustrates the history, culture, and nightlife of the weird planet Yngarr.